Among the string of chain-owned multi-screen cinema complexes, New Zealand still has some classic old theatres that provide more than just a seat, a bowl of popcorn and a couple of hours of escapism.

The movie industry boomed in the 1930s, thanks to the advent of technology that merged pictures and sound, and New Zealand soon had cinemas in just about every sizeable town and city. Built in the Art Deco style of the era, many of those buildings have either been destroyed or converted for other uses.

But some remain to provide movie-goers with a special experience, having been restored and converted to digital technology.

Here’s a list of cool theatres to check out a movie.

10  top cinemas to watch a movie

Formerly known as the King’s Theatre, the cinema was renamed to acknowledge the construction of the neighbouring Auckland Harbour Bridge in 1959. These days, The Bridgeway provides a four-screen arthouse cinema with excellent cafe and a charm that reflects its history.

The Bridgeway was named Best Independent Cinema at the New Zealand Movie Convention in 2012 and was awarded New Zealand’s Best Cinema accolade the Australian Independent Distributors’ Association (AIDA) in 2012.

The Victoria opened in 1912 with 965 seats and has had a tumultuous history, surviving a fire in 1924 and falling into disrepair and gradual decline. In 2004, the theatre faced potential closure so locals formed a trust and have helped turn fortunes around.

These days, patrons can enjoy movies with a drink, gelato, tapas and pizza, all in a compact but comfortable cinema.

Catch the Devonport Ferry from downtown Auckland and the theatre is a few minutes walk up the main street.

This arthouse cinema first opened as the Regent in 1925 and remains a stunning example of Art Deco design, inside and out, after being fully renovated.

The Lido has two screens and has a grand lobby with a particularly good wine bar, armchairs and a fireplace.

There’s also a twin – the Lido Hamilton, at Centre Place, 501 Victoria St, Hamilton – which lives up to the style standards set by its Auckland counterpart.

This cinema deserves full audiences (it seats 330) if only to repay the commitment of long-time owners Eri and Noelene Riches who finally gave it a digital upgrade in 2016, enabling it to screen recent release movies.

It’s the latest significant move in the history of a cinema that first opened in 1935 to a full house of 700. Since then, it’s been through changes that have seen the screen (one of the largest in the country) moved forward, reducing the seating capacity.

The Embassy opened in 1924 as the Deluxe and it retains its historic links now it is part of the Event Cinemas chain. The original cinema could seat more than 1,700 customers before one of the largest screens in the Southern Hemisphere.

The building was renovated in the 1960s but was restored again for a Lord of the Rings premiere in 2003.

You can now enjoy everything from mainstream to arthouse and festival films at this iconic location at the gateway to Wellington’s food and drink district around Courtenay Place.

Built in 1917, this is one of the oldest theatres still active in New Zealand. While its decor might be a tad tired, it’s still got the grandeur of times past with a staircase leading to a large lounge and balcony. It has three cinemas (one hosting 430 and the others 60 and 44), and juggles an eclectic programme of titles ranging from box office hits to arthouse features.

The Roxy began life as The Capitol Theatre in 1928 before being converted into a shopping mall in the late 1960s. It re-opened as The Roxy in 2011 after a $6 million redevelopment which retained its Art Deco design.

It now has two state-of-the-art cinemas and a licensed restaurant and cafe with features designed by the Weta Workshop team.

The Roxy won a Gold Award at the New Zealand Commercial Project Awards 2013 and was awarded Best Cinema in New Zealand by the Australian Independent Distributors’ Association (AIDA) in 2013.

Built in 1935 at the height of Art Deco popularity, the now-refurbished Regent is an impressive building. In 2009, The Regent became the first fully digital cinema in the country with the ability to download movies and screen them the day of release. Though it has only one screen, The Regent can seat 350 patrons.

This Otago gem was named after a rebellious photographer who scandalously lived with a Chinese gold miner during Arrowtown’s gold rush days.

Hopefully, Dorothy Brown would be proud of what she would find today – two beautifully decorated theatres, a bar and a bookshop, all in a stylish, modern setting. The roaring fire, and armchairs lined with possum fur, make the pre-movie drinks a bit special, while floating pink chiffon lines the walls of the main cinema, lit by chandeliers.

Going to a movie at the Paradiso is night out with a difference. The twin screen theatre offers patrons the choice of being seated in comfy old sofas, a few armchairs or even in an old Morris Minor parked on the front row (a very different spin on the concept of a drive-in movie).

The cafe and bar does a roaring trade with local beers and wines and homemade treats such as warm cookies and ice cream.

“Halfway through, the film stopped and we had a short interval. Everyone went outside to the adjoining cafe and got freshly baked cookies (still warm), homemade ice cream or a beer and then settled back into their chairs. This is how all cinemas should be. It was more like being round someone’s house.” – UK Guardian writer enthusing about the Paradiso. 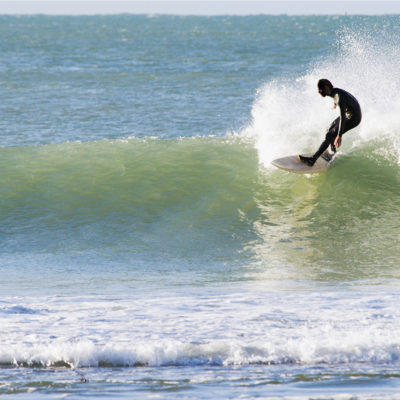 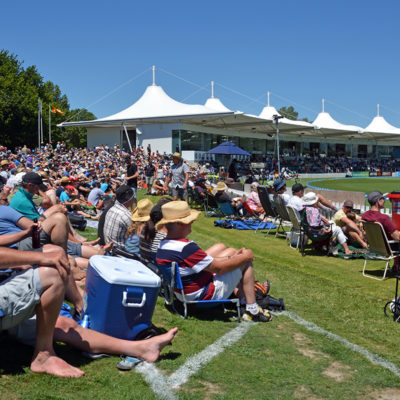 New Zealand has a wide variety of sports stadia to cater for all major sports,...