Many consider New Zealand oysters to be the best in the world and the most famous are Bluff oysters from the southern tip of the country.

But pacific oysters grow around much of New Zealand’s coast and there are many alternatives to the Bluff oyster, offering a different taste and texture. This diversity also makes it possible to enjoy an oyster all year, and not just during the traditional Bluff oyster season (March-August).

High in Omega 3, an essential fatty acid, oysters can help lower cholesterol and maintain good blood circulation. Oysters also have high levels of zinc which controls levels of progesterone, a hormone which can have a positive impact on libido. Casanova, the 18th-century lothario, was reputed to be an oyster enthusiast.

Here are half a dozen places in New Zealand where you’ll find a decent oyster.

6 of the best oysters in New Zealand

Many outlets/suppliers in Bluff and distributed nationally during season.

The Bluff oysters are widely hailed as being New Zealand’s best oyster (some would say the world’s best oyster!). They grow slowly in the cold southern waters between Bluff and Stewart Island, at the southern tip of New Zealand.

They are harvested and sold during an annual season, from March to August, and aficionados of the Bluff oyster await its arrival around the country with much anticipation. Helicopters have been known to airlift the first-day batches from the Deep South to the restaurants and oyster bars of Auckland.

Sustaining the Bluff oyster population has been challenging but a quota system for farming them was introduced in 1963 and the industry has a self-imposed limit of 7.5 million oysters a year. This is half what the industry was farming in the early 1990s before the Bluff beds were closed for three years when they were attacked by the parasitic protozoan Bonamia.

Try a Bluff oyster and you’ll quickly decide whether you like them. Their taste is quite distinctive, sharper than for those harvested further north, and chances are you’ll love them or hate them after one session. But try them you must …

Most pacific oysters – or Crassostrea gigas to use their scientific name – are grown in Northland but other harvesting areas include Marlborough and the east coast of the North Island.

A number of oyster farms benefit from the clean coastal waters of the Bay of Islands and you’ll find factory shops and the occasional truck selling them fresh from the sea.

New Zealand Oysters farm pacific oysters from Paroa Bay which has a sandy bottom, helping the oysters grow all year and turn into fat, succulent oysters.

These pacific oysters are farmed by Maharangi Oysters, a family-owned business, about an hour north of Auckland, in the waters of the Mahurangi River which runs to the Matakana coast (east coast). They are a main source of oysters to Auckland restaurants and are available all year except for January-March when they are in their growth/recovery stage.

Over winter, they are crisp, plump and meaty. From October till Christmas, they become fat and creamy.

These beauties come from the Kaipara Harbour on the north-west coast of the North Island, a couple of hours drive north from Auckland. Farmed by Kaipara Oysters, they grow in a deep-cupped shell much larger than, say, the Bluff oyster shell, and they have a creamy meat with an aroma reminiscent of citrus.

Farmed in Auckland’s Hauraki Gulf, on the east coast of the North Island, these oysters are organically grown in waters certified by the USFDA, and are exported to Japan, the United States and Europe.

Clevedon Coast Oysters have two farming areas – at Waiheke Island and on the Clevedon Coast – and their oysters can be bought direct (shop and online) or through supermarkets and the St Pierre’s chain of sushi stores.

Many farms operate in these waters at the northern end of New Zealand’s South Island. Oysters have been harvested and traded in the area since the 1850s.

One of the first to farm oysters in the Sounds was Okiwi Bay Oysters who use a long-line growing system, and supply outlets as far north as Auckland and south to Christchurch. Their oysters have a subtle, slightly salty taste. 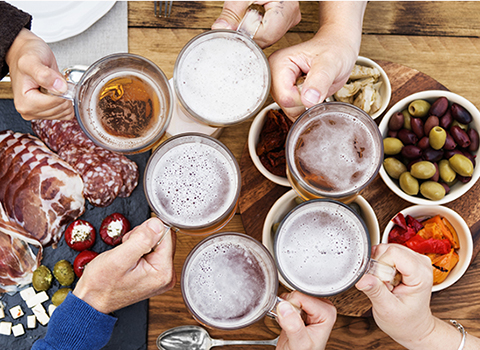